In “Sony’s latest camera and some disappointing sensor sales results,” Phillip Greenspun writes that the reward for Sony’s technically innovative sensors has been flat or declining sales. That’s because Sony misses the point: The number one thing camera companies need to do is integrate with Facebook. Camera companies have no one but themselves to blame for their decline. Way back in 2011 Flip Video had a plan for Wi-Fi enabled video cameras that had a Vine- or YouTube-like social system and interface. Every Flip camera was going to have Wi-Fi as a first-class feature. Cisco unfortunately killed Flip right before the launch, but Flip was at least a company that understood what was happening. In the intervening year zero camera companies have attempted to do what Flip was ready to launch. 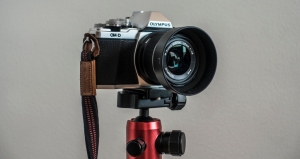 Which is an amazing story in the annals of corporate stupidity. For the vast majority of people images are ways of signaling: signaling their character, their sense of fun, their sexuality, their lives. Image quality is not terribly important for that purpose, and image quality became “good enough” for most people with the iPhone 4 (which, not coincidentally, Instagram was founded). In 2010. Six years ago. Normal people don’t do detailed technical comparisons of their phone cameras. At most they ask, “Is yours good?” and the reply is usually “Yeah, it’s pretty good.”

The camera companies are technical geniuses and social morons. They ignore the absolute most important use case for 95 – 98% of their market. By now it may be too late to attract users accustomed to high-quality smartphone interfaces. But the camera companies are still barely even fine. The interface for getting photos from the modern cameras I have to my phone is horrific.

Apart from a relative handful of nerds like me, no one gives a shit about image quality once it reaches some acceptable level that it reached long ago. No one wants to recharge batteries or stick the SD card in the computer. For the last five or so years every camera iteration has gotten better autofocus and better low-light performance and a host of other handy but marginal features that no one cares about except professionals and Internet gear wankers.

I wrote about this dynamic in “Photography and Tyler Cowen’s Average is Over.” Others have written about it elsewhere. In that post I also observed that photography companies are also marketing morons. They still are. Greenspun is excited by the release of the Sony A6300. That camera is technically incredible. It also has a terrible name that likely means nothing to 99% of readers of this blog. Except for people who follow cameras with the passion normal people reserve for sports or celebrities, “A6300” means nothing. Sony is missing the main point with its sensors and its cameras. They need more anthropologists / sociologists and fewer outright engineers.