Like many people with such businesses, some friends with a design consulting business say they’re getting jerked around by potential clients. While they’re worried about offending potential clients and don’t want to lose the business, they also don’t like being plied for free samples and they don’t like long conversations that aren’t likely to go anywhere. In the course of talking to them, I realized that they’re discovering that the lessons they’ve taken from school and every day life are wrong or at least not optimal. So I described my own experiences as a consultant and how that taught me about reality and money.

A lot of us—including me—are told from an early age to be polite, take turns, be considerate of other people’s feelings, etc. This is good advice in many but not all circumstances. Among friends you do  want to take turns and reciprocate interests and be warm to other people who are warm. That’s how you build lasting friendship networks. In the business / consultant worlds, however, being overly polite and considerate often leads other people to take advantage of you. Consultants need one very important skill: they need to figure out who is going to give them money and who isn’t. They need to do so relatively quickly. Clients often press to get as much free stuff—often in the form of time and opinions that should cost hundreds of dollars an hour—as they can. They lose nothing by dallying and often gain stuff. Consultants need to learn the killer instinct necessary to know when to stop and say “send me a contract and check or don’t call me until you want to.” Almost all successful consultant learn how to do this and learn when to say no. 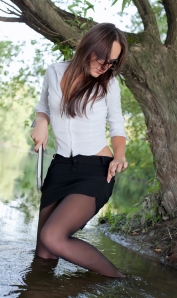 “Talk is cheap” is a cliché for a reason: it doesn’t mean anything. Any talk that’s not a billable hour should be leading, rapidly, to a billable hour. At some point—a point sooner than most novices realize—it’s time to pay or go away. Money talks and isn’t cheap: I’ve been on numerous calls about “collaborations” and what not, when the real thing happens is through subcontracts. I learned to end vapid conversations about “collaboration” that don’t go anyway. Show me the money, or it doesn’t exist.

Someone who wants to hire you knows relatively quickly whether they want to hire you. Anything other than “yes” means “no.” “Maybe” means no. “Later” means no. That’s a hard thing for many of us to accept. My parents founded Seliger + Associates 20 years ago and they learned, the hard way, about how potential clients dangle work that never arrives and waste a lot of valuable time and energy. That means consultants have to get to “no.”

Getting to “no” is actually quite useful and a big improvement over a nebulous maybe. Attention is often your most valuable resource. Don’t let it dissipate over weak leads.

Drawing a clear line can actually turn some “maybes” in “yeses.” Clients will respect you more if you eventually stop negotiating, talking, or communicating unless they pay.

Because of the issues described in the paragraphs above, anyone experienced learns when to stop talking and say “money or nothing.” That means continuing to flirt without cash in hand is also a signal of being inexperienced. The line between being brusque and being direct is thin but when it doubt err on the side of directness rather than meekness.

That being said, it can be worth exploring new ventures even when those new ventures aren’t immediately remunerative. But money and contracts separate exploration from reality.

These lessons aren’t only applicable to consultant. They apply to almost any form of business and for that matter in dating: if she says “I like you but not in that way,” she means no. I think men tend to learn this faster then women do, in part  because men usually conduct the initial approach to women for dating and sex. There are of course exceptions to this, but as a general principle it holds.[1]

My friends are women, and from what I’ve observed guys in their teens have to learn to approach women and risk rejection if they’re going to get anywhere, and a lot of women wait for guys to approach them.

Consequently, guys who want to get anywhere have to get used to rejection in a way a lot of women don’t, and that socialization is probably part of the reason why women like Sheryl Sandberg write books like Lean In. Men figure out relatively early that they have to lean in—or suffer. Like a lot of guys I spent time suffering. I also learned, however, that with women too anything other than “yes” means “no” and that I should move on quickly. Sticking around to beg and plead only worsens the situation.

Disengagement is underrated. In many endeavors one important ingredient in success is fire and motion.

You may think these principles are bogus or unfair, which is fine, and if you want to change society itself, I wish you luck, but you should at least know they exist. Even among my female friends who identify as hard-core feminists, very rarely will make the initial approach to men in a sex / dating context.