My Instapaper queue had its usual dozen or so articles in it, and I noticed a trend or attitude that roughly divided them in two and offered useful juxtapositions on contemporary life: the first bunch involved the HBO show Girls (see here, here, here, and here) and the next ones involve startups (sample: “Inside Instagram: How Slowing Its Roll Put the Little Startup in the Fast Lane, Roberto Caro, and cancer (“Why haven’t we cured cancer yet? (Revisited): Personalized medicine versus evolution). The former articles say things like: “For a certain kind of lucky person, freed of the most immediate financial burdens and rich in a family’s emotional investment, college might have felt like independence or responsibility. But it turns out to be so cosseted and circumscribed that graduating feels a little like leaving the womb.” The latter describe how mind-boggling complex biology really is and say things like, “If [Instagram] can just keep doing what it’s been doing, but bigger, faster, better. If it can do all that, it just may get there. Either way, it’s going to be fun to watch.” 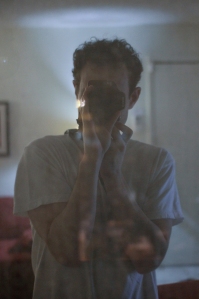 The Girls articles are mostly about how the characters lack direction or meaning. The latter are about the extraordinary opportunities that exist for doing new, interesting things in the world, especially if you can find a topic beyond yourself that you find fascinating. The Girls articles (not necessarily the show itself, which I haven’t seen much of) are what happens when you don’t do anything real. You don’t have real problems. Your identity is all about consumption and beliefs instead of production, knowledge, and being able to do things other people can’t. Ennui and anomie threaten to overwhelm. The primal needs of food and shelter are unlikely to become life-threatening.

Instagram, Robert Caro, and cancer research show, by contrast, what happens when do things that are real. Nothing stops the characters in Girls from writing software that people want to use, writing magisterial tomes that plumb the depths of the human experience, or trying to figure out how fundamental biology works. Nothing, that is, except themselves. The world is vast, human desires appear to be infinite, or nearly infinite, and the world’s problems are by no means solved. The girls on Girls should try solving them. And the writers who discuss Girls should be thinking about these kinds of fundamental issues of meaning that one can see peppered across American life.

The commentary around Girls shows a certain kind of problem in American, and general affluent Western, life. It’s still a problem that the writers of these articles aren’t really acknowledging, and it’s a problem that Instagram, Robert Caro, and cancer research shows us how to solve—if we want to listen.