The Leuchtturm 1917 is perfectly competent. It’s slightly larger than a Moleskine, when a notebook should be, if anything, slightly smaller. This is a small point. The paper quality is, to my eye and hand, indistinguishable from Moleskine’s, which in turn is very similar to Guildhall and most of the other non-Rhodia notebooks I’ve tried. It has one other annoying feature: the last 30 or so pages are perforated; this is another way of saying, “They’ll eventually fall out.” If you’re the kind of person who wants to desecrate your notebook by tearing out pages, then the Leuchtturm 1917 is for you. To be sure, perforated pages are a minor annoyance. But if you’re not trying to avoid minor annoyances, stick with Moleskines, since they’re widely available.

The only major problem with the Leuchtturm 1917 simple: it doesn’t offer any major, obvious improvements over the Moleskine. It doesn’t offer any real disadvantages, either, other than its departure from the canonical 3.5 x 5.5 size and the perforated final pages. Unlike the Quo Vadis Habana, however, the Leuchtturm 1917 isn’t so much larger that carrying it around becomes a chore.

If this review seems slight, that’s because it is—the differences between this notebook and a Moleskine are trivial. They experience the same corner tearing, although I didn’t use the Leuchtturm long enough for the tears to develop into the cover partially coming off. If you’ve used a Moleskine, you’ve already in effect used this notebook; both are decent, but neither beats the Rhodia Webbie.

More on that soon. 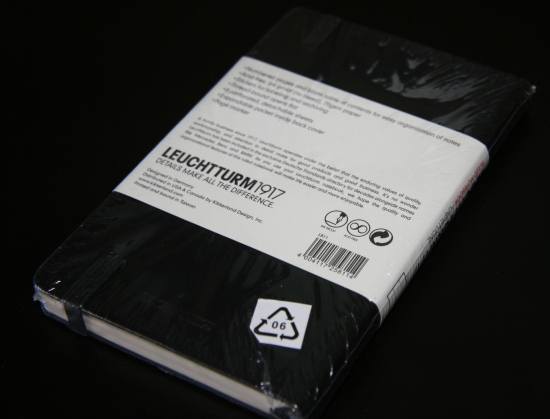 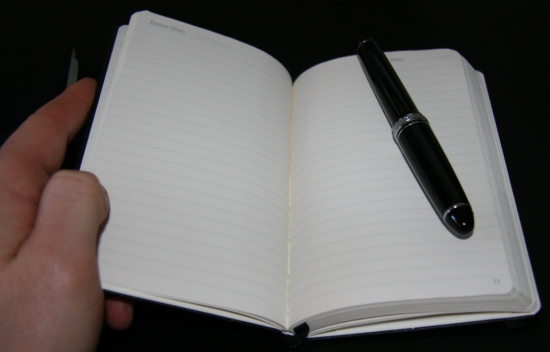