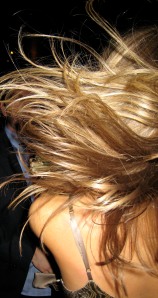 * Has plot driven out other kinds of story? The market’s stress on keeping stories moving means we’re in danger of losing some truer fictions. If anything, it seems like the opposite to me.

* The Legislation That Could Kill Internet Privacy for Good.

* The only way to know how good you might be at something is to fail trying it. This is one reason I keep writing fiction: I do not wish to be 40, look back, and wonder why I didn’t try. Really try, which is much different than most people’s definition of “try.”

* Academic English Is Not a Club I Want to Join; may be behind a paywall.

In the period 1997-2010, in the UK, Parliament created an average of one new criminal offence for every day the House of Commons was in session. I asked a couple of legal experts how many actual chargeable offences there were in the English legal system; they couldn’t give an exact answer but suggested somewhere in the range 5,000-20,000. The situation in the USA is much, much worse, with different state and federal legal systems and combinations of felonies; the true number of chargeable felonies may be over a million, and this situation is augmented by a tax code so large that no single human being can be familiar with all of it (but failure to comply is of course illegal).

Now, most of the time most of these laws don’t affect most of us. But there’s a key principle of law, that ignorance is no defence: I’m willing to bet that most human beings are guilty of one or more crimes, be it smoking a joint or speeding or forgetting to declare earnings or failing to file the paperwork for some sort of permit we don’t even know exists. We are all potentially criminals.

* He Sexts, She Sexts More, Report Says, this from the NYT.

* Why I will never pursue cheating again, which resonates too much with me and explains a lot of what’s wrong with contemporary school culture, which is itself a reflection of larger cultural forces.

* From a Scrivener case study: “Like serial killers (whom they in many ways resemble) writers tend to fall into one of two broad camps – organised and disorganised. Although I try not to, I work in a spectacularly disarranged manner. I keep a lot in my head, and in my head it kind of makes sense, in a hazy and optimistic way. But during the actual composition I’m all over the place.”

I tend towards disorganized, with the American spelling.

From an interview with Neil Cross.

* The Price of Typos, which also includes the “price” of their removal.