* “Slumber Party! Casper leads a new crowd of startups in the $14 billion mattress industry, trying to turn the most utilitarian of purchases into a quirky, shareable adventure. Wake up to the new world of selling the fundane.” Of these companies Tuft & Needle may be my favorite. This is a very sad sentence, though perhaps it isn’t intended as such: “David Perry, an editor at Furniture Today … has covered the mattress industry for 20 years.” Has Perry waited decades for his moment in the startup sun?

* A new study says it doesn’t matter how much time you spend with your kids. Anxious and neurotic upper-middle-class parents, consider yourself relieved. I don’t (particularly) recall wanting to wanting extensively to interact with my parents when I was a kid, though maybe my memory is flawed. 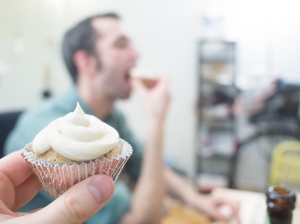 * “Poor land use in the world’s greatest cities carries a huge cost“—in financial, equality, and other terms.

* “Why I keep fixing my bike,” which is shockingly beautiful and about more than just the bike.

* “The Temple of Perfection: A History of the Gym, by Eric Chaline.” I ordered a copy:

Eric Chaline, author of this history, suggests that, in the modern world, the gym functions as a “quasi-religious space” where devotees gather together to “wear special clothes, eat special food and take part in shared rituals that are performed with complete absorption and dedication”. For the ancient Greeks, the gymnasium was an important institution (the word derives from gymnazein, ‘to exercise naked’, and they did).

though I am apprehensive: “His analysis of the theme, and of sexuality in general, relies heavily on Michel Foucault.” That is never a sign of a good writer or thinker. I wonder if Chaline has seen Reddit’s Swole Acceptance page, which is amazingly hilarious.

* Book news is weak this week; what am I missing? The new Ishiguro is okay but in my view there are others doing similar things better. I just finished The Possibility of an Island and can’t decide if it warrants an individual post. Emma Sayle’s book Behind the Mask: Enter a World Where Women Make – and Break – the Rules is straight up pornography-memoir (the writing is better than average but still worse than good novels; Never the Face is a good comparison) and I don’t want to write about it in more detail until it’s more easily available in the U.S. What is beautiful but plotful that I need to read? I’m tempted, as often happens, to re-read Jonathan Strange & Mr Norrell.