My Dad sent “Who’s Buying ‘Youth’ Cars? Seniors Aging Boomers Are Prime Buyers for Small Vehicles That Auto Makers Target at Hipsters,” because he bought a Mini Cooper a few years ago, which is probably targeted at “young” people. But I replied with a larger point:

Why would you want a car if you could avoid having one?

Why are younger Americans driving less?

Brad Plumer considers several good hypotheses, including the recession, gas prices, student debt, tougher legal requirements, and a stronger desire to live in places such as Brooklyn. I would add one other factor to his list: because they are working less. A more speculative additional hypothesis would be “because it is easier to have sex without driving to get it.” 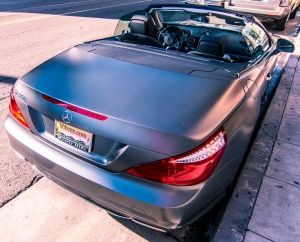 A nice car is still a status symbol but a much less important status symbol than it used to be. Cars are expensive, dirty, and cause a lot of traffic. Old people like you (wrongly) associate cars with freedom and the open road, because when you grew up the roads were relatively empty.

Young people today associate cars with traffic and their parents and death. Cars are like jails. In ye olde days getting laid meant cruising to drive-ins or malls or whatever. Today getting laid means texting, Facebook, and OKCupid. Former students have talked about Tinder (sp?), which is Grindr for straight people. Going back to the status symbol point, is it more useful for a guy looking to get laid to work his ass off for a BMW or to learn guitar and get a YouTube channel? For someone with no financial constraints the obvious answer is “both,” but for someone choosing between them I suspect guitar + YouTube would win.

DUI laws are also now heavily enforced and draconian (A BAC of .1 is much more reasonable than .08) and everyone knows someone who’s had ten thousand dollars or more in court costs and hassles related to DUI. Even so, a cop can ruin your night and next day for pretty much any reason if he suspects you’ve had anything to drink. Gas is much more expensive in real terms than it was even in the late 90s / early 2000s.

No one with half a brain would want to drive more than they absolutely must, so I am skeptical that any “youth-oriented pitches” will succeed because really who cares? Driving sucks. Part of selling is having something to sell that people want. And, as you yourself pointed out, you spent much of your working life in high school and college trying to keep a car in working order. AAA estimates that the average car costs $10,000 TCO, or about one quarter of median income. Even knocking $2000 off for a cheaper car, I suspect a lot of people could allocate $2000 to transit / bikes / Zipcar / etc. and come out way ahead.

Almost anyone who can avoid commuting by car is better off ditching their wheels. Even you, Dad, would be much more financially secure by selling your car, renting your parking spaces, and getting a Zipcar subscription.

[Note: My Dad doesn’t have to drive to his office.]