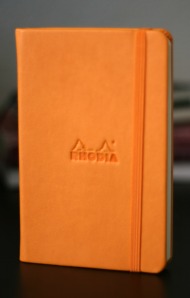 * Why Software Is Eating The World by Marc Andreessen—one of the most impressive essays I’ve read recently.

* Has plot driven out other kinds of story? The market’s stress on keeping stories moving means we’re in danger of losing some truer fictions. If anything, it seems like the opposite to me, but that might be an artifact of the books assigned in graduate school.

* How sad: “It’s a Pattern: London Rioters Are Leaving Bookstores Untouched.” Rather sad, this. When I’m in restaurants or out and about, I make sure to take expensive electronic devices with me if I have to leave for a short period, but I leave books on tables; they’re always untouched.

[Brooklyn] may own only a small sliver of America’s attention, but as Mr. Hughes writes, “more people live in Brooklyn than in San Francisco; Washington, D.C.; Boston; and Miami put together.”

As I wrote in an e-mail to a friend from the borough, “Maybe one day I will be there, with a $4 latte, a fixie, literary pretensions, and a jaunty hat.” Also, the linked essay, “I Write in Brooklyn. Get Over It, is fucking hilarious, as my students say.

* What happens to doctors who think outside the box? Answer: nothing good.

But: I’m not sure programs like Scrivener will be useful to most people, for reasons tangentially related to this post on Scrivener and Joyce.

A lot of people, based on the amateur writing I’ve seen, don’t need a fancier way of arranging words so much as they need to improve 1) the quality of their sentences and 2) how one event drives another in their plots. I worry especially regarding point 2) that Scrivener lets people work in parallel when they should be working in serial, with one event driving another organically. Too much amateur writing I see is, for lack of a better term, plotless: meandering around feelings, or random encounters, or designed to show how *deep* the author is—instead of telling a story.

Scrivener will help with some things, as I’ve written elsewhere, but I’m not sure it’s really enough for the vast majority of what writers and would-be writers are working on.

* On English as a language:

[. . .] there’s no subject, however technical or complex, that can’t be made clear to any reader in good English—if it’s used right. Unfortunately, there are many ways of using it wrong

This reminds me of the Grant Writing Confidential post How to Write About Something You Know Nothing About: It’s Easy, Just Imagine a Can Opener.

* Do Sex Offender Registries Reduce Crime? Answer: Probably not, or at best modestly, in part because such registries are too broad. As Tabarrok says:

Bear in mind that teenagers having sex with other teenagers, hiring or trying to hire a prostitute and even streaking can make a person fall under the sex offender statutes. Moreover, contrary to popular belief, sex offenders have low recidivism rates, much lower than for most other crimes.

* I Wrote It, Must I Also Hustle It? Apparently so.

* Does a Moleskine notebook tell the truth? Answer: probably not. I’ve been trying various notebooks over the last couple months and have probably settled on the Rhodia Webbie, an unfortunately named but quite nice notebook that appears much more durable than its competitors. More to follow.